The Muppets Premier at the BFI 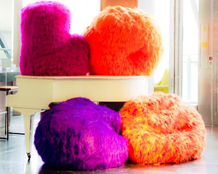 I helped the lovely folk over at LoCo  transform the BFI for their first ever comedy film festival. With The Muppets as their gala film I couldn’t resist the excuse to fill the place with fur. The ‘muppet-balls’ as they were quickly named were strung up throughout the foyer along with a giant 4 metre furry version of the LoCo logo. 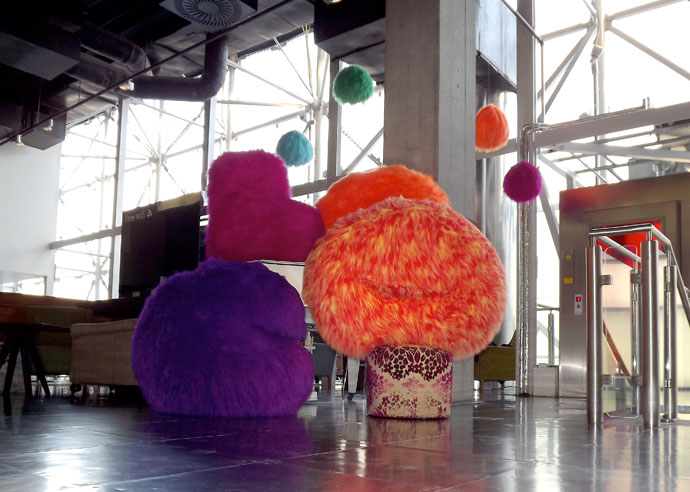 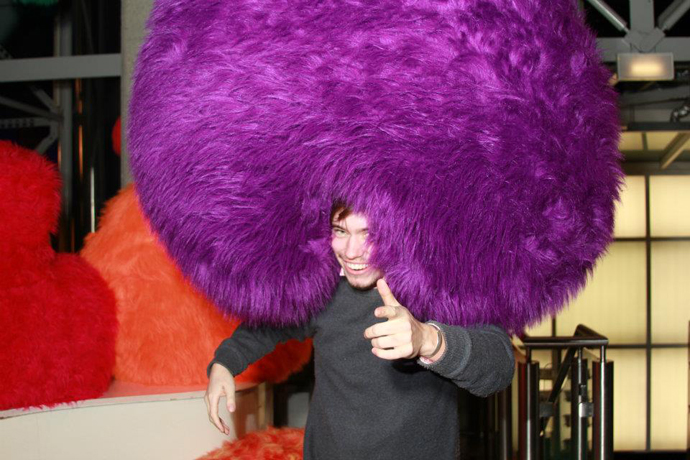 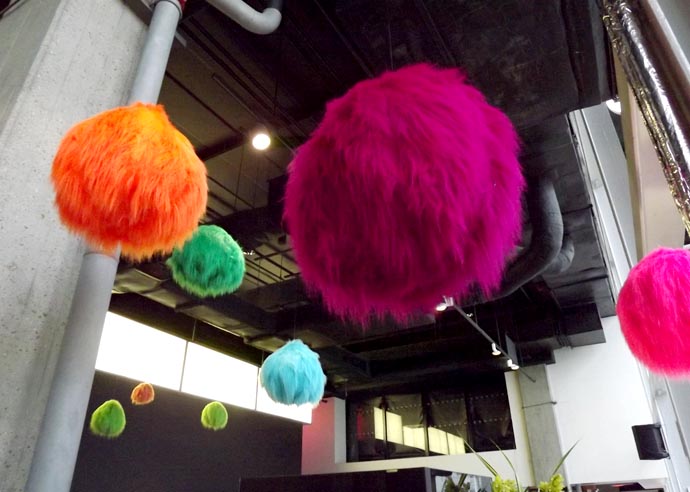 I also turned the Atrium into the ‘Happy Place’ filled with S.A.D. sunlight lamps donated by Lumina and hundreds of helium balloons. We screened comedy shorts and helped people build up a sunny disposition in what is officially the most depressing week of the year (the last week of January). 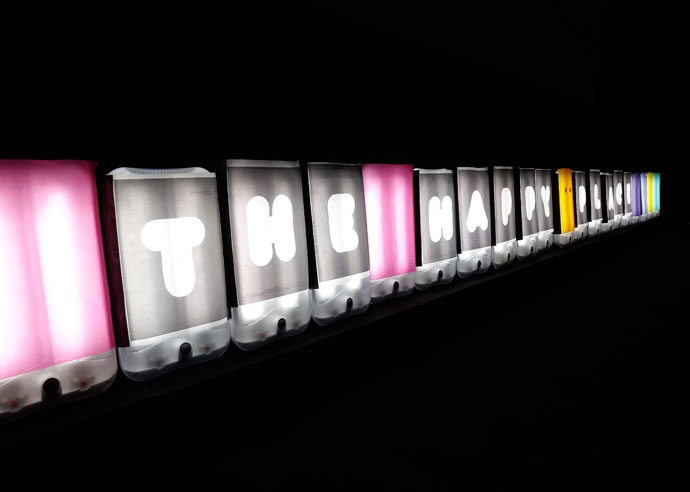 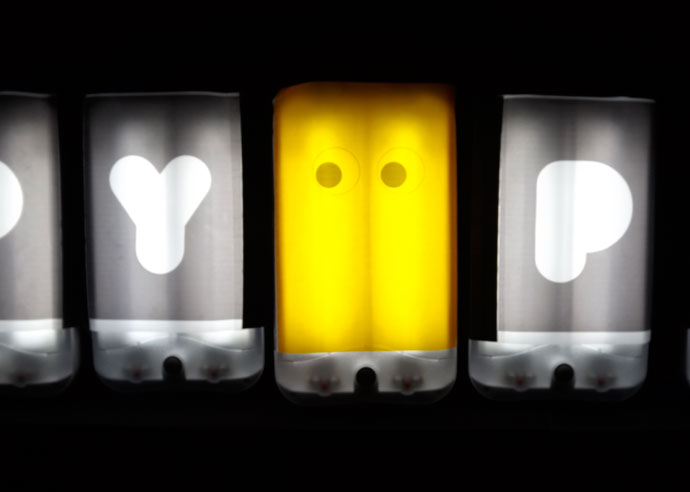 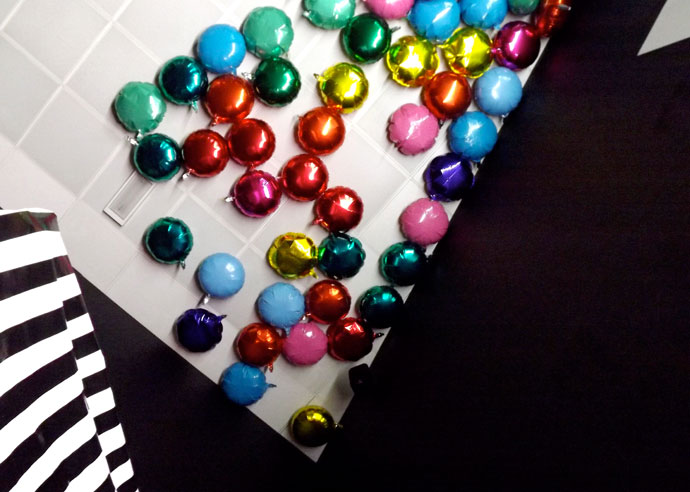